I didn’t go out to photograph a rainbow, to be honest, it wasn’t even on my mind that it would be a possibility. This was despite the fact that I had just driven for 20 minutes in a rain shower!

My aim of the morning was to spend a couple of hours familiarising myself with my new camera and lenses. The opportunities to get any ‘camera time’ had been few and far between and I am off on a 16 night trip to the Highlands and Islands of Scotland very soon. I don’t want to be doing my ‘practising’ there. I was on a mission, and rainbows weren’t a part of it. 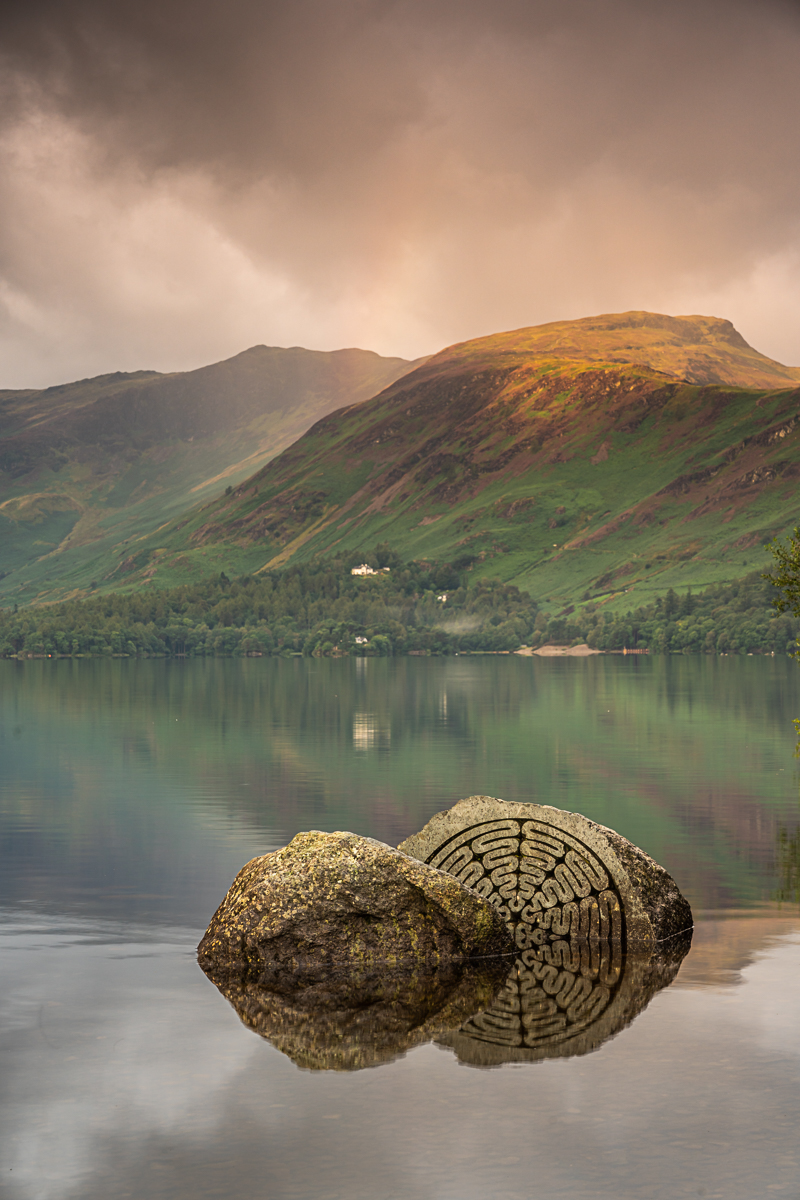 After a brief and uninspiring stop at the newly renovated Ashness Jetty, I decided to take a look at the Centenary Stones at Calfclose Bay. Two previous visits had been disappointing as water levels over the last few months had been greatly depleted and the stones had been left stranded out of water on the rocky shore. We had experienced some quite substantial downpours recently and I was hopeful that the stones would be submerged once again and I could practise some long exposures.

So, that was my aim – a nice long exposure, using my NiSi 6 stop ND filter, of the Centenary Stones in the foreground and the distance fells at the south end of Derwent Water as a backdrop.

I arrived at the stones, I had a brolly to shield my equipment in the event of further showers, but still rainbows were not in my thoughts. The location was looking promising. The stones were half submerged. The water was pretty still, with some nice reflections. Even the midges, that had plagued me on my only other recent trip out, were behaving themselves. My plan was coming together, so I got myself set up. I took a test exposure for composition and then got my filters in place for my long exposure. I initiated the exposure and looked up to take in the surroundings. And that’s when I saw it!! The most beautiful rainbow above Manesty Park and Black Crag. 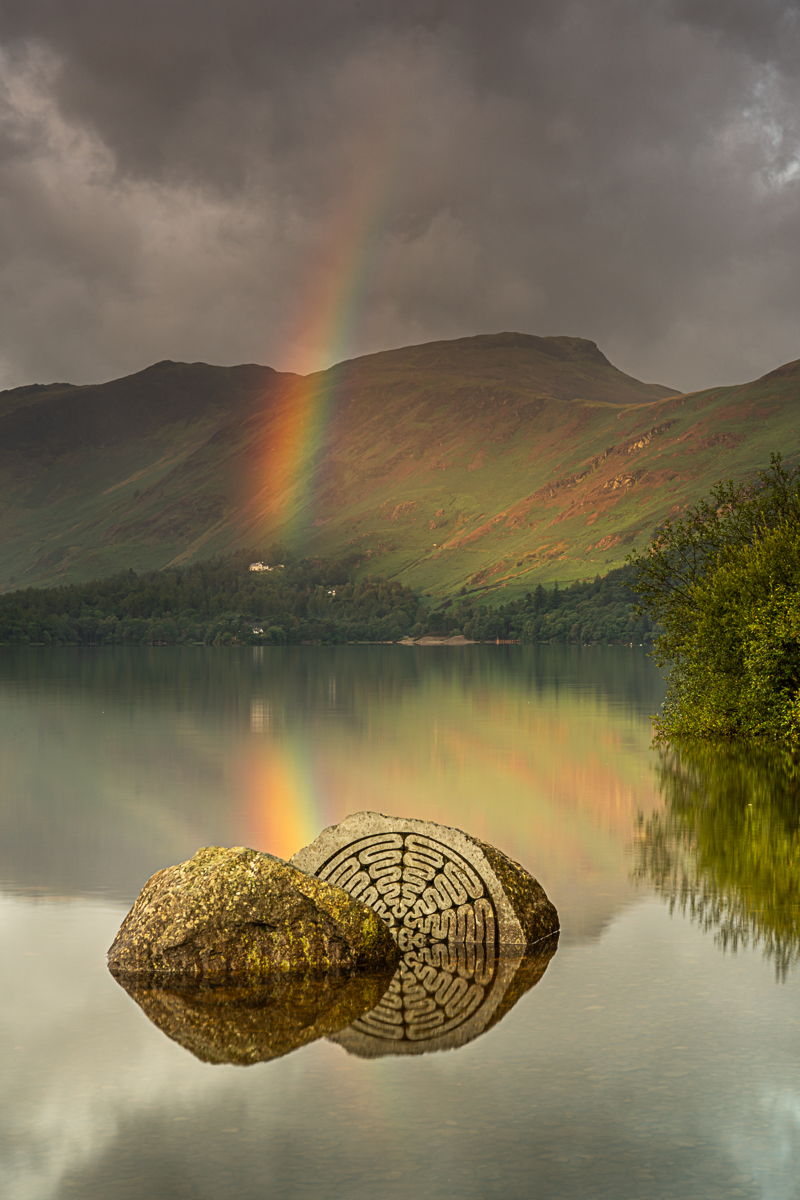 The colours of a rainbow can be made more intense and rain clouds darkened by the use of a polariser. But, because they work on reflected light, and a rainbow consists of light reflections off water droplets, a polariser can also make them disappear!! The beauty of the NiSi filter system that I use is that the polariser sits in front of the lens on a geared adapter ring, it remains in place for the majority of the time I am out shooting and I have only to turn the gear wheel to rotate the polariser in or out of use.

A quick turn of the gear wheel, a minor adjustment on the exposure time and hey presto the rainbow had appeared on my screen. I had my rainbow shot. But, I could do better I told myself. Wouldn’t it look great if I could get the rainbow’s reflection to pass through the Centenary Stone? The pot of gold? Ok, perhaps that was a bit of wishful thinking, but it was worth a try. The rainbow was still there, so I raised my tripod, made a final adjustment to my composition, checked the exposure settings and took that last shot. As I looked again at the scene before me the rainbow started to fade and I breathed 🙂